Your intrepid Beer explorers Wayne & Janice return to give us the low down on the recent ABV Fest in Belfast, and Sheridan's Irish Food Festival in Carnaross, Co Meath.

In this episode of the Irish Beer Snob podcast, Janice and Wayne have a sup of the New Rye River Brewing Beers made exclusively for Dunne's Stores. Grafters is the name of the range, featuring presently a Pale Ale, and an IPA.

These are total new beers brewed from the ground up, and not re badges of the existing beers in the Rye River Portfolio. 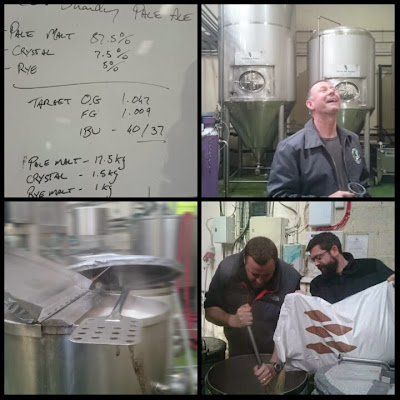 We also chat about our brew day from 11th April where the Royal County Brewers brought down a bunch of homebrewers who were keen to brew in a Commercial Brewery and have a bit of craic as well.

And lastly - we have an interview with Tobias of To Ol from Denmark who we had the pleasure of meeting in Dublin this past week at a meet a brewer event organised by Four Corners in P Macs bar in Dublin 2.